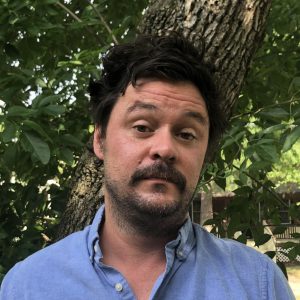 Raised in Nashville, TN, Thomas Kane received his B.A. in English from Yale University, his M.F.A. in Creative Writing from University of Pittsburgh, and his Ph.D. in English and Creative Writing from Mizzou. He currently serves as Director of Undergraduate Studies at the Kinder Institute on Constitutional Democracy, where he teaches a yearlong writing course as well as various tutorials for the Honors College at the intersection of literature and politics. He edited and co-translated Tomaž Šalamun’s 2009 poetry collection, There’s the Hand and There’s the Arid Chair, and his own poems have appeared in journals including Diagram, Better: Culture & Lit, Sixth Finch, and inter/rupture. He’s currently at work on an essay project looking at the politics of land and leisure in the poetry of Walt Whitman and Margaret Walker and a series of poems on the accidental beauty of closed captioning.