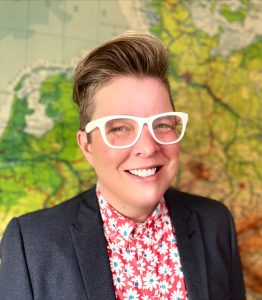 Megan Boyer originally from Jefferson City, Missouri received her Bachelor of Arts from Saint Mary College in Leavenworth, Kansas and majored in English. She has been with the Honors College since 2005, first as an Advisor and now as Assistant Director.  Passionate about working with students, Megan earned her Master’s degree in College Student Personnel Administration from Central Missouri State University. After leaving CMSU, Megan worked as a Residence Hall Coordinator at Mizzou for two years. Megan’s two major hobbies are film photography and performing as a blues vocalist with the Megan Boyer Band.