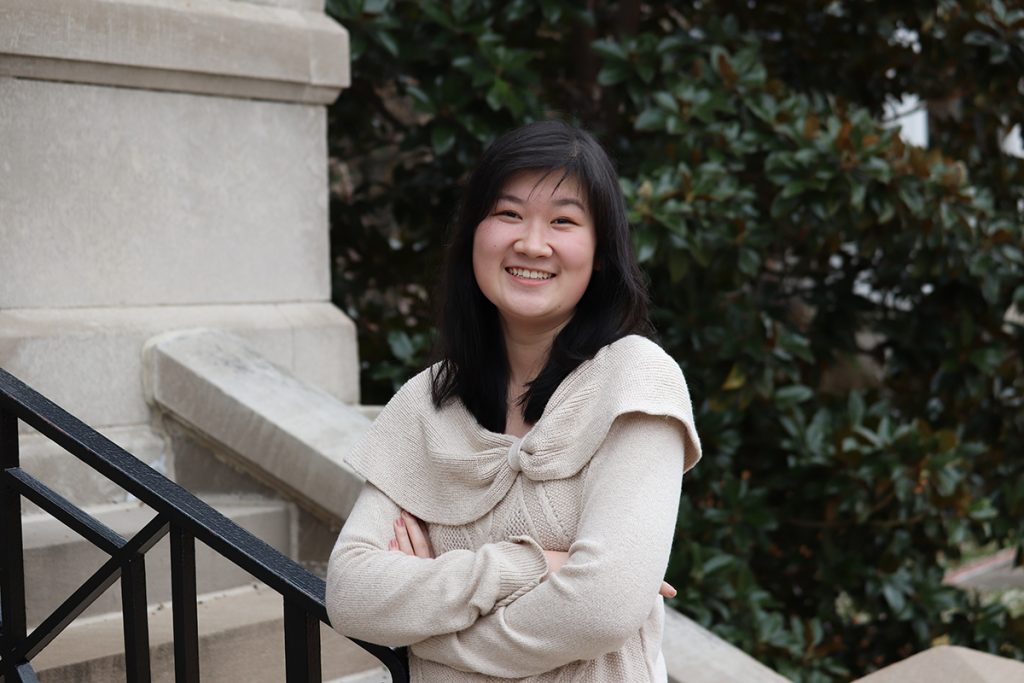 Honors sophomore Tracey Singer has long had a passion for helping others, both on campus and in the community. She was named a recipient of the MU Undergraduate Engagement Award, which recognizes students who display a commitment to scholarship and community engagement.

Singer, a biochemistry pre-med and Spanish major from Columbia, says her interests in those subjects took root earlier in her education. Through AP courses in high school, Singer discovered a passion for science. Singer’s community volunteering at Boone Hospital revealed to her an appreciation for the hospital environment, and those experiences confirmed her specific interest in medicine.

As for her Spanish major, Singer took classes in high school, but she was impressed with the method of teaching and her professors in classes at MU.

“I love that the focus is on learning and not on whatever mistakes that you might have made,” Singer says. “It’s positively oriented.”

Singer is a Pre-Med Scholar and Discovery Fellow through the Honors College. She assists with research related to neurogenesis and focal ischemic stroke, along with a new initiative related to ribonucleic acid analysis. Singer is unsure which area of medicine she will ultimately pursue, although she is interested in neuroscience because it relates to her area of research. She says being part of the Honors College provides an opportunity to form long-lasting relationships.

“The Honors College is a good opportunity to meet and get to know people, especially if you’re coming in as a freshman,” Singer says. “For me, since I grew up here, I kind of had an advantage with people I knew. But if you’re coming from a different background, then the Honors College is an awesome way to avoid being overwhelmed and to meet people just as passionate as you are about your pursuits.”

Singer takes her enthusiasm for helping others beyond academics. She serves as vice president of the MU Campus Lions Club, is a member of MU HOSA Future Health Professionals and continues to volunteer at Boone Hospital. Although Singer says she was thankful she won the MU Engagement Award, she applied because she wanted to share her experiences with others and inspire them to take action.

“To a certain degree, wouldn’t everyone like to help others?” Singer says. “Maybe selfishly, it’s a good way to know people, to make new friends and form those new connections. And it’s an awesome way to step outside your comfort zone for a little bit and see what life is like for other people.”