Each year the College recognizes one (or more) faculty members who have made a substantial and lasting contribution to the academic and intellectual lives of our students. Nominees are solicited from students and other faculty and chosen by a selection committee based on the criteria of who best represents the mission and values of the Honors College through their teaching, outreach, collaboration, and engagement.

Students who wish to nominate an honors faculty member for the Outstanding Honors College Faculty Award can click below to complete a nomination form.

There is no better person for whom the Honors College could name and dedicate its teaching excellence award in memory of than Dr. Paul Wallace.

Professor Wallace was revered as a passionate, accomplished, “unceasing ball of energy”, and a consummate faculty member. He continued to teach for Honors for fifteen years past his official retirement from MU, and was teaching for the College until the time of his death.

Paul embodied the best of our faculty and our students. He was an internationally-recognized scholar in the field of political science, focusing on the governmental affairs of India, terrorism, and the political process. 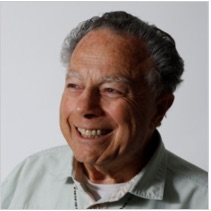 As an Emeritus Professor of Political Science and Honors at MU, Professor Wallace was the author or editor of eight books and 40+ book chapters and articles. Always a strong advocate for in-depth field research, his final trip to India, where he was promoting his new book on their elections and visiting dear friends, was undertaken just shortly before his death.

He retired in 2005 but continued to teach classes in the Honors College, most notably his annual course offering “Terrorism and Conflict Resolution.”

His students speak of him with near reverence, sentiments shared by his colleagues. Paul was effusive in his praise, careful with his critiques, and resolute in his support of student success.

He talked often with colleagues and family about how much fun he had while teaching, and despite its serious topic and focus, his Honors class was his “fun class.” He encouraged student creativity by having students role play a recent conflict resolution scenario, putting their knowledge into action. He was energized by their enthusiasm and engagement, including their unannounced inclusions of him in their presentations where he was occasionally deposed or otherwise used as a prop in their role plays.

Known for his “Pizza Panels” and class meetings in his home, Paul saw no boundaries for learning–physical or intellectual. He saw a learning opportunity in every exchange. One of his former students, Lane Burdette, noted that the last email from him “included seven exclamation points, an article for my reading list, the introduction section of his latest book, and his pizza availability.” And Allie Greenspun called him “the consummate professor,” and recalled “the time I was over at his house for pizza and he got a call from ABC News in the middle of dinner asking for a quote about a terrorist attack that had happened in New York City earlier that day. I always used it as an example to illustrate how the professors who teach in the Honors College are leading experts in their fields who love to share their life’s work. Dr. Wallace embodied that so perfectly. He was hands down my favorite professor during my four years at Mizzou.”

Wallace received his Ph.D. from UC Berkeley. Over the course of his career, he served as a consultant on South Asia to a member of the US Senate Foreign Relations Committee, the US Attorney General’s Office, defense lawyers, and other agencies in North America. He also received five Smithsonian funded awards for national election studies in India and twice served as a consultant to the U.S. government in Washington, DC on India.

He lectured throughout India almost on an annual basis. His research there included a term as a Senior Fulbright Research Fellow, funding from the Ford Foundation, the American institute of Indian Studies, various government groups, and non-government groups in India.

Until the day of his death he continued to teach, played tennis three times a week, and served as a loving husband and father. Dr. Wallace passed away at his home on February 22, 2020.

The College named its teaching award in his memory in June 2020, with the permission of his children, Steve and Lisa. The first award in his name will be bestowed at the end of the 2020-2021 Academic Year.

If you would like to help support this endowed award and continue to honor the life and legacy of Dr. Paul Wallace, you may make a donation via our Give Direct program for Honors.