I recently attended the 59th Naval Academy Foreign Affairs Conference (NAFAC) in Annapolis, MD. From April 9-11, 2019, I was fortunate enough to engage in discussions focused on the past, present, and future of the global order.

Spending three days at the Naval Academy was an incredible experience. Not only is the campus breathtaking, but the midshipmen were so kind and accommodating to the 150 domestic and international delegates. In all, 26 countries and 78 universities were represented at this conference. Interacting with delegates from the academy, universities across the country, and universities across the globe gave me a more holistic perspective of where the United States stands in the international global order. It was such a unique experience to be able to talk with peers from Morocco, Japan, and Germany, to name a few of the countries represented.

A major aspect of the conference was round table discussions, during which I engaged in an interactive discussion about a topic relevant to foreign affairs with roughly 10 other delegates. My round table was titled The Digital Era: Implications for Global Order, and moderated by a midshipman from the academy. Our discussions centered on the impact of technology on politics, the economy, and the military in determining the global order. The round table discussions provided me with an opportunity to learn from my peers about pressing topics in foreign affairs and also gave me a friendly group of delegates to know at the conference.

In addition to the round table discussions, I heard from several distinguished speakers in foreign affairs and international relations. Each keynote address and panel addressed different aspects of the global order and where it’s headed in the future. Speakers included David Ignatius from the Washington Post and Jake Sullivan from Yale Law School.

Throughout the three-day conference, I was able to tour the Naval Academy and learn more about its history. I even got to go aboard a Yard Patrol ship, watch the daily formation routine before lunch, and eat lunch in King Hall with over 4,000 midshipmen. At the Naval Academy, they eat family style, so this was certainly an experience different from Mizzou’s dining halls!

The final daytime activity of the conference was a simulation. Each round table was assigned a country in a fictional world and instructed to act politically, economically, and socially responsible throughout the simulation. The goal was to have the highest GDP and most resources at the end of the simulation. While my group’s country didn’t come out on top, it was an insightful and enjoyable experience getting to interact with other fictional countries and delegates.

Overall, attending NAFAC was an incredibly enriching experience. I am so grateful for the Naval Academy’s hospitality and accommodations and for the Stamps Foundation’s financial support. As a student interested in applying my studies to a career with the military or a governmental agency, I certainly learned a lot from this experience. Take a look below for a few pictures from my trip! 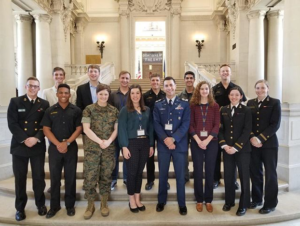 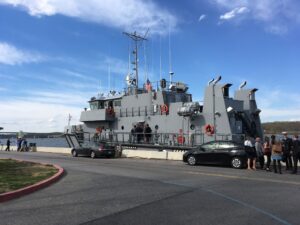 Yard Patrol ship that I got to board! 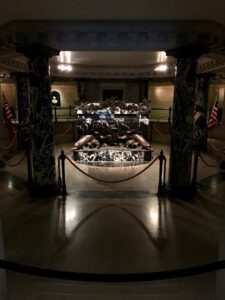 Crypt of John Paul Jones, father of the U.S. Navy 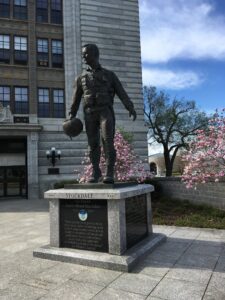 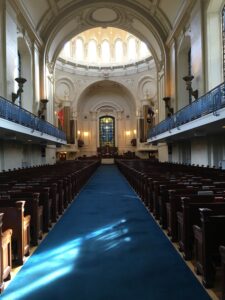 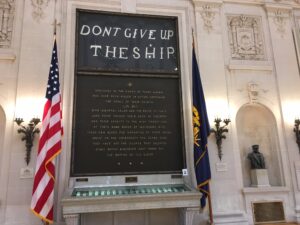 Memorial to alumni who lost their lives defending their country