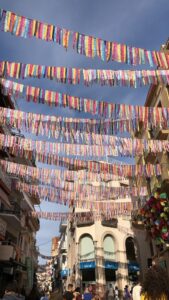 Hi, all! I’m back with another post about my experience in Barcelona! I have been here for just over 8 weeks and am slightly over half done with my experience abroad. Over the past few weeks I was able to spend some time getting to know Barcelona better and it has been such an amazing and reflective time for me. Being abroad teaches you a lot about yourself and teaches you things that you didn’t even know you needed to learn. I think coming to Spain was one of the best decisions I’ve ever made – I’ve been thinking about how different my experience would’ve been if I had gone to my second study abroad choice which was London. The thing about being in Spain is that being here has been so out of my comfort zone that it has forced me to grow in ways that I wouldn’t have been able to do if I had been in London. London is kind of a second home for me since I have so much family there. I think it would’ve been easier for me, emotionally and mentally, being there; it’s an English-speaking country, 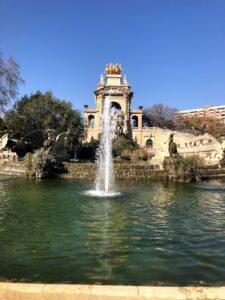 I am more familiar with the city than I am any other European city, and I could go to a relative’s house at a moment’s notice. But the most growth comes from being in uncomfortable places. And to be honest, when I first got here I was super uncomfortable and felt very much like an alien in this foreign land. My adapting skills were tested, but as time has passed Barcelona has really grown to be a place I truly enjoy. The time has gone by so fast and I’m shocked that in less than two months I’ll be back in the states. Crazy.  Like I said, I have loved staying the past few weekends in Barcelona and have been able to check a lot of places to visit off of my list. Here’s some of the places I’ve checked out: The Bunkers of Carmel, the Arc de Triomf and Parc Ciutadella, Barcelona Cathedral, the Barceloneta (the beach), and Sitges (a beach town south of the city that I went to for Carnivale). Barcelona is such a beautiful city and I’m so glad I’ve gotten to experience so much of it. 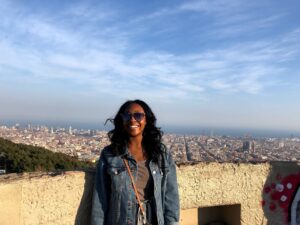 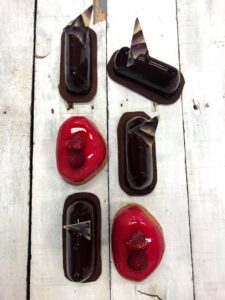 Mousse cakes that we made in my pastry class a few weeks ago.

Classes have still been going super great, and I’ve learned so much about food and culture in Spain, but more importantly, my perspective about the global food culture has increased so much and I’ve been able to see how the U.S. compares to other countries. While being abroad, I haven’t worked out once (due to not having time because I’m really active at home). I eat pretty healthy and walk everywhere I can and to my surprise have lost about 15 pounds which boggles my mind. The quality of the food here and how fresh and non-GMO it is doesn’t compare to the states by a long shot, and I think eating this food and partly the walking is why I have lost the weight. And most people I’ve seen in Europe are quite fit- I think as Americans if we had European quality produce I believe it would seriously change the food industry as we know it. In my opinion, there are many ways that the American food industry could be so much better and healthier and could be so good for the country, but that’s another big conversation to have later.

Thanks for reading, stay tuned to see where I go next! Ciao! 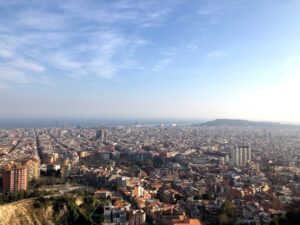