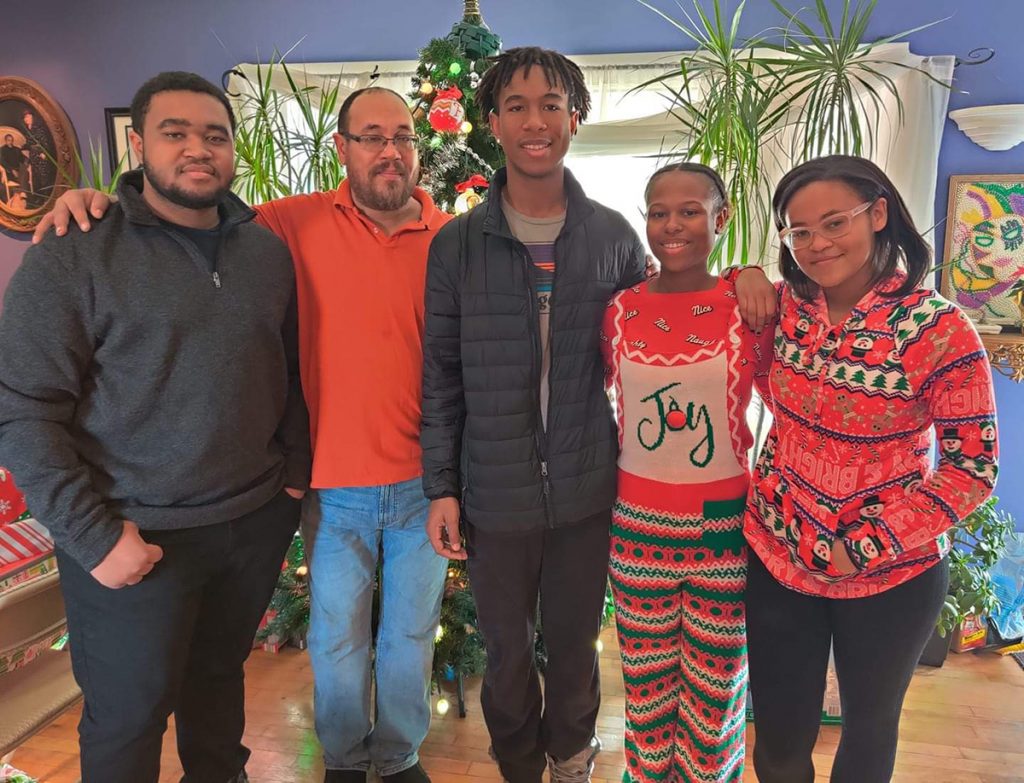 It is your freshman year of college. You end up with no roommate and a room to yourself. Do you fill it with snacks or computers? For Jayden Francois, the answer was a no-brainer.

At first glance, Francois’ dorm might be mistaken for a computer lab. Packed wall-to-wall with monitors, his humble abode in Mark Twain Hall has just enough room for one genius.

A physics major with an emphasis in astronomy, his ambitions are truly out of this world. For Francois, dreaming big is second nature and something he was encouraged to do from a young age.

“My dad got me interested in finding what I love to do,” Francois says. “I really love learning about the stars and space and all things relating to how the universe works.”

Francois’ father played an integral role in he and his siblings’ upbringing, so naturally, he expected him to witness this transition into the next phase of life.

Unfortunately, this past May, Francois’ father was a victim in a robbery that cost him his life. He was fatally shot in the midst of Kansas City’s civil injustice demonstrations. This tragedy occurred days after the police killing of George Floyd, an unarmed Black man in Minneapolis, whose death led to a global rebirth of the Black Lives Matter movement in the form of protests, social media outcry and a general shift in public discourse.

“[Dad] was a big influence on every single one of us,” Francois says. “Being here helps me remember how much he wanted me to be here.”

Even before his father’s passing, Francois’ life lacked a sense of normalcy as a rising freshman during the COVID-19 pandemic. His pursuit of a relatively traditional freshman experience factored into his decision to come to campus.

“I wanted to be on campus to go to classes and just see how it all works,” Francois says. “I wanted to be surrounded by people who also want to learn.”

Francois wasted no time finding a community at Mizzou. In fact, he found several. Within the first month of school, he has become a member of the Society for Physics Students, the MU Student Astronomical Society and the MU Math Club. He even has his sights set on applying for Sigma Pi Sigma, an honors physics club, once he accrues the requisite credit hours.

One community that Francois did not have to seek out, however, was the Brazeal Scholars program.

The Brazeal Honors College Endowed Diversity Scholarship Fund was created in 2004 by Jim and Cathy Brazeal as a way to attract Mizzou’s best and brightest while simultaneously enhancing the recruitment of undergraduate students from underrepresented minority groups — particularly Black students. Selected recipients must have a very high ACT score and be at or near the top of their class.

In addition to an academic scholarship, scholars receive a study abroad fund and the opportunity to participate in a research or artistry program.

“I was sitting in my dad’s car in a parking lot, and I looked at my phone,” Francois says. “It said, ‘congratulations,’ and I was like, ‘Oh, hey, there. I got the scholarship.’”

At the time, Francois was not fixated on marking this momentous occasion with his father or the fact that his college expenses were now completely paid for.

“The only thing I had on my mind was that it needed to have some level of astrophysics,” Francois says.

With a graduating class of 32 seniors at Francois’ high school (Frontier School of Excellence, Kansas City), it is no wonder why a campus with 30,000 plus students like Mizzou was not initially at the top of his list.

As other essential factors, including proximity to home and expenses, began to fall into place, Francois kept some crucial advice in mind.

“A professor I did research with told me, go where ‘they treat you as someone important.’ ”

Francois was chosen as a Brazeal Scholar out of a larger applicant pool of approximately 200 Brooks Scholars. The current Brazeal Scholars have a hand in selecting new candidates through their participation in the interviewing process.

“It was really hard to pick one person,” Williams says. “It was interesting to see what the process was like because I always wondered how they chose me.”

After a year as a Brazeal Scholar, Williams prioritized maintaining a sense of community during recruitment.

“I was looking for somebody who I thought was really going to vibe with us,” Williams says. “You could definitely tell [Francois] was very passionate about astronomy and seems to really love learning. He just has a really fun, bubbly personality.”

Francois ended up exceeding the standards in the vibe department and left a lasting impression on Williams.

“He could definitely make some crazy, awesome developments in astronomy and really put Mizzou’s name out there,” Williams says. “Even aside from Mizzou, I think that kid’s going far.”

Francois certainly intends for his astronomical advancements to surpass his collegiate years.

“There’s so much in astrophysics that we still have no idea how any of it works, and being on the front lines trying to push toward that to get a grand understanding of how life works is just my goal in life in general,” Francois says.

For the time being, the current Brazeal Scholars are practically galaxies apart. Sophomore Rachel Henderson is completing the semester at home in Atlanta, Williams and senior scholar Olivia Flagg-Bourke are both in off-campus apartments, and Francois is the only scholar living on campus.

Distance aside, these scholars are forever bonded by acts of generosity displayed by their sponsors, Jim and Cathy Brazeal.

“They are really nice people,” Francois says. “I can really tell they care, and I am so grateful that they put their time and effort in making this program.”

For Francois in particular, this feeling of gratitude transcends the Brazeals. It serves as his daily motivation to awaken and embrace his new life.