Fifty-three years ago this month, civil rights activists began a march from Selma, Alabama, to Montgomery, Alabama, that ended in the brutal murder of activist Viola Liuzzo. Last week, University of Missouri alumnus Jim Turner returned to campus to speak about his experience prosecuting members of the Klu Klux Klan for Liuzzo’s murder. 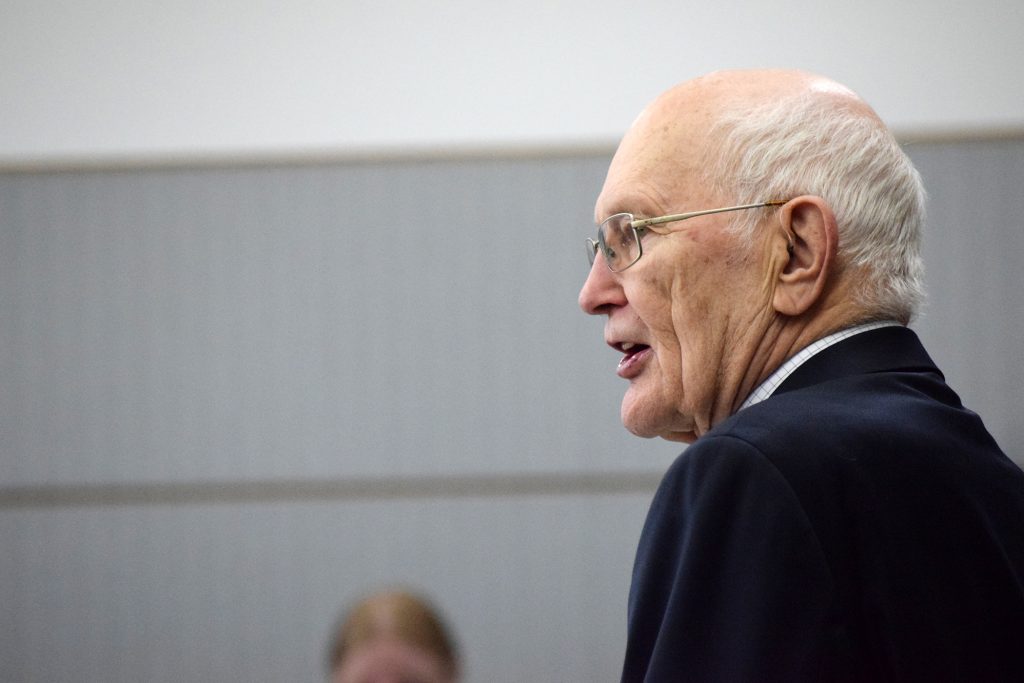 “Jim Turner is a living embodiment of U.S. history in the 20th century,” Hudson said. “Jim knows a lot, he’s lived a rich, wonderful life, and he’s happy to be back at Mizzou.”

Turner, who was joined by his son, James A. Turner, spoke for an hour about his experience in Selma and his career following the Liuzzo case. Turner’s role for the prosecution was to take copious notes during the testimonies, so the prosecution would be prepared if there were an appeal of the verdict. He remembers the courtroom being so quiet during the trial that he could hear a pin drop, as those in attendance listened intently.

Despite his experience in a number of well-known cases, Turner believes that his work on the Liuzzo trial is his most significant.

“Whenever someone asked me what the most important case I ever worked on was, I always begin with this very first case,” he said. “In retrospect, it was the beginning of the end of exercising illegal Klans terrorism in America.”

In addition to his work in Selma, Turner worked in the U.S. Justice Department, beginning during the Eisenhower administration and continuing until the Clinton administration. He worked under 17 different district attorneys and helped indict Los Angeles police officers for the beating of Rodney King. He has given four oral speeches in front of the U.S. Supreme Court.

During his visit to Mizzou, Turner also met a group of honors students for breakfast at The Mark dining hall, located in the honors residence hall, Mark Twain Hall. Turner and his son were joined at the breakfast by Hudson and five students. The group discussed the Liuzzo case, Turner’s experience working in the Justice Department and his time as an MU student.

Sophomore Beckie Jaeckels, who serves as a resident adviser for Mark Twain Hall, helped organize and attended the breakfast gathering.

“When speakers come to campus, sitting down to converse with them is a rare opportunity,” Jaeckels says. “I was happy to see my residents and other honors students getting to engage on a very personal level with someone they held in such high esteem.”