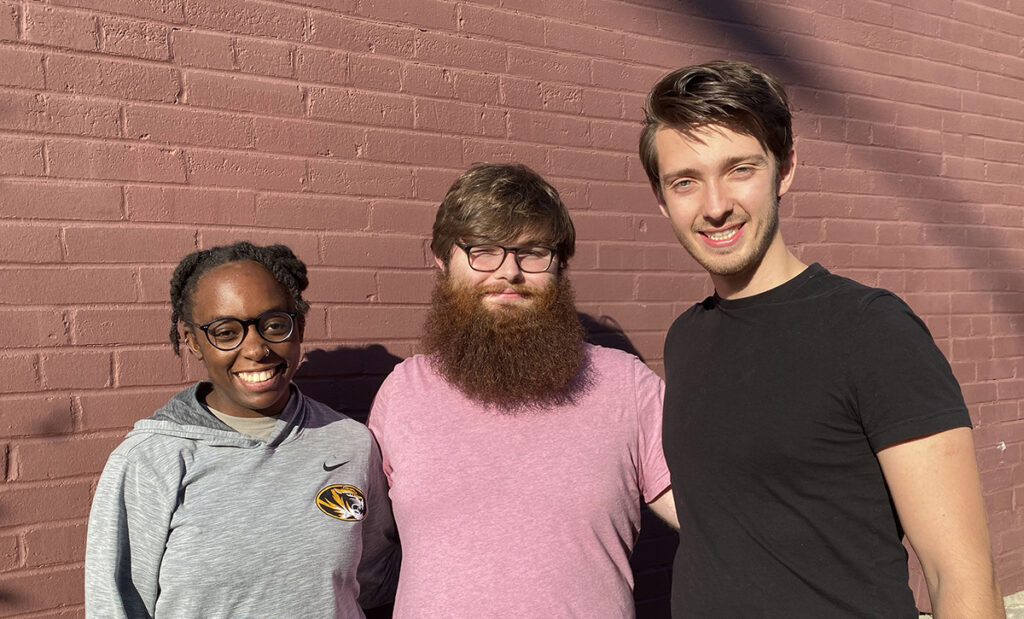 Four MU Honors College seniors have advanced as 2019 finalists for prestigious international scholarships: Christian Cmehil-Warn, Luke Guerdan and Faramola Shonekan for the Rhodes Scholarship, and Bryce Fuemmeler (not pictured) for the Marshall Scholarship.

Given to 32 U.S. recipients each year, the Rhodes Scholarship pays for postgraduate study at the University of Oxford and is widely recognized as one of the top fellowships. The three Rhodes finalists are the most in one year at Mizzou since the MU Fellowships Office was created in 2005. The office assists high-achieving students in developing their potential as candidates for nationally competitive fellowships and scholarships.

The finalists for both fellowships will complete interviews later this month.

Christian Cmehil-Warn (Poplar Bluff, Missouri) is an economics and statistics major. On campus, he co-chairs both Honors College Ambassadors and Kinder Ambassadors, and he has conducted research through the computer science department.

“I am honored and excited to represent Mizzou as a Rhodes finalist in the coming weeks,” Cmehil-Warn says. “If I receive the scholarship, I plan on studying how artificial intelligence and automated decision-making systems can perpetuate systemic bias and oppression.”

“With the support of a Rhodes Scholarship, I will strengthen my understanding of technology’s ethical and societal consequences before embarking on a career conducting artificial intelligence development,” Guerdan says.

Faramola Shonekan (Columbia) is a history and communication major. She is a captain of the MU cross-country and track teams, a former Kinder Scholar and Fellow and a former McNair Scholar. She studied abroad at Oxford University with the Kinder Institute and in The Hague, Netherlands, with the MU Honors College. Shonekan credits her two MU study abroad experiences with helping to shape her career goals.

“As a future Rhodes Scholar, my intention is to study the human rights implications of global imperialism, and through such research, I hope to do important activism for international institutions focused on human rights,” Shonekan says. “In doing so, my career aspiration is not to simply to have a certain role, but rather to be a certain role –– a humanitarian — one who informs global institutions of justice through history.”

Bryce Fuemmeler (Boonville, Missouri) is an economics and history major. He is a teaching assistant for the economics department, a Kinder Ambassador and former Kinder Scholar and fellow; and chief justice of the Missouri Students Association. He also serves as president of Theta Chi Fraternity and a tutor for the MU Writing Center.

“I study economics and history at Mizzou, which forms a really fascinating combination for exploring economic phenomena in relation to historical trends and events,” Fuemmeler says. “The MU Fellowships Office has been instrumental in giving me thoughtful spaces to reflect on this literature, and so this fall, I applied for the Marshall Scholarship to study the origins of today’s welfare state. My hope is that underprivileged communities, both rural and urban, might see that they’re more closely entwined than otherwise believed.”