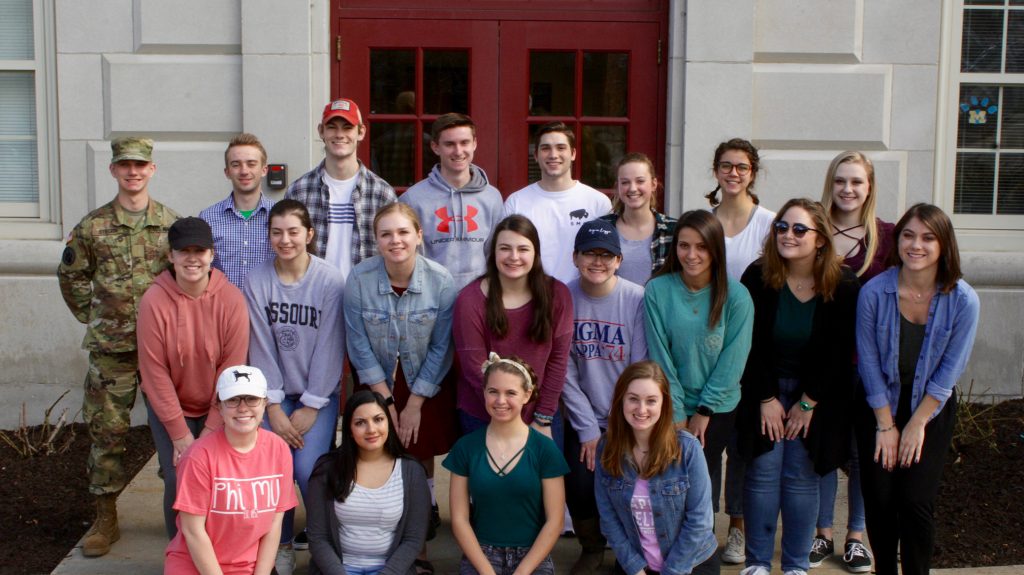 The CIRCA students are not only researching global issues, but developing possible solutions for those issues.

It may look like a normal class in Townsend Hall, but every Tuesday and Thursday, the Honors College CIRCA (Cherng Interdisciplinary Research in Contemporary Affairs) students are working towards goals greater than themselves.

The CIRCA program is a group of 21 Honors freshmen enrolled in a two-semester sequence that requires students to research, discuss, analyze and propose solutions to 21st century problems. With a program slogan of “Global Missions, Global Solutions,” CIRCA scholars discuss interdisciplinary issues and learn how to be leaders in their fields. The program includes a one-time $4,000 scholarship.

Honors College Director J.D. Bowers saw the need for this program when he realized a perceived gap in the Honors College curriculum.

“I felt that it was important given the discourse in our country, and our world, that we bring forward a course that is essentially a 21st century issues course,” Bowers says. “This class is not just to read about problems and become informed. It’s to read about the problems, become informed, and then develop responses to those problems in order to effectively and knowledgeably contribute to the discussion in how we can solve them.”

The instructor for CIRCA is Stephen Whitney, director of graduate studies and associate professor in Education, School, and Counseling Psychology. According to Whitney, the first semester of the course is dedicated to learning about and discussing the problems facing the world today, ranging from artificial intelligence to criminal justice to public health and more. During the second semester, students divide into groups to propose and conduct their own research into a solution for one of those problems. This year, the students chose to research the issues of grey water, cell phone usage and suicide among college students.

Whitney recognizes the challenges that this course poses for students, especially as a two-semester commitment to problem-solving and critical-thinking.

“The CIRCA program demands high expectations from whoever is in it,” Whitney says. “Through this course, I try to challenge these individuals to achieve more than they thought they could, and I try to structure the class so that can occur.”

Freshman Olivia Osborne is one of the CIRCA scholars in its pilot year. She has found CIRCA to be an incredible opportunity both academically and socially.

“Being in CIRCA has made me much more globally aware,” Osborne says. “Everything we have learned has really impacted me and how I see the world. I’ve also met such amazing people with totally different majors than me, which, as a nursing major, I don’t usually get the chance to do.”

The CIRCA scholars are not the only ones being challenged by this course. According to Whitney, this course is the most unique challenge he’s faced in his 13 years as an educator at MU.

“This course has stretched me in ways that I have never really thought of as an instructor,” Whitney says. “There is no way you can be an expert of every area of problems that we discuss. I rely on the students to come prepared, and we have a discussion and interrogate these problems. I’m not so much of an instructor as I am a guider and a facilitator.”

Osborne praised Whitney’s ability to teach this course, saying that he has been successful in his mission to push the limits on the scholars’ thinking.

“I really admire Dr. Whitney, both as a staff member and as just a smart guy,” Osborne says. “He does a really good job of breaking things down for us and making us stretch our minds. He does a good job of working in the facilitator role and treating us as competent Honors students.”

The CIRCA Scholars have a unique opportunity to take their learning outside of the classroom as Whitney and a handful of the scholars will travel to Malaysia this summer for 11 days. There, they will observe the global issues they studied and immerse themselves in a foreign culture.

“I really wanted to make this a cultural trip, not a tourist trip,” Whitney says. “We’re going to be involving ourselves into the culture from a different perspective.”

Some of the plans include visiting different religious sites, traveling to the U.S. embassy, meeting with University of Malaya students, and hosting an MU alumni event. Osborne sees this trip as a way to apply what she has learned at MU with classmates she now sees as friends.

“CIRCA has expanded my brain in ways that I couldn’t have ever imagined,” Osborne says. “It’s been the most awesome opportunity that I’ve stumbled upon since coming to MU.”