The Honors College celebrated its third annual Geek Week Sept. 18-23, complete with trivia, games, crafts and more. The Honors College Ambassadors organized the events, with students from across the honors community attending.

Geek Week was born in the spring of 2016 as a way to embrace the “geeky” qualities of honors students and strengthen the honors community on campus. This year, Geek Week broke its previous attendance record, as programming reached 160 total students. The week saw 223 event sign-ins, indicating that many students attended more than one event. 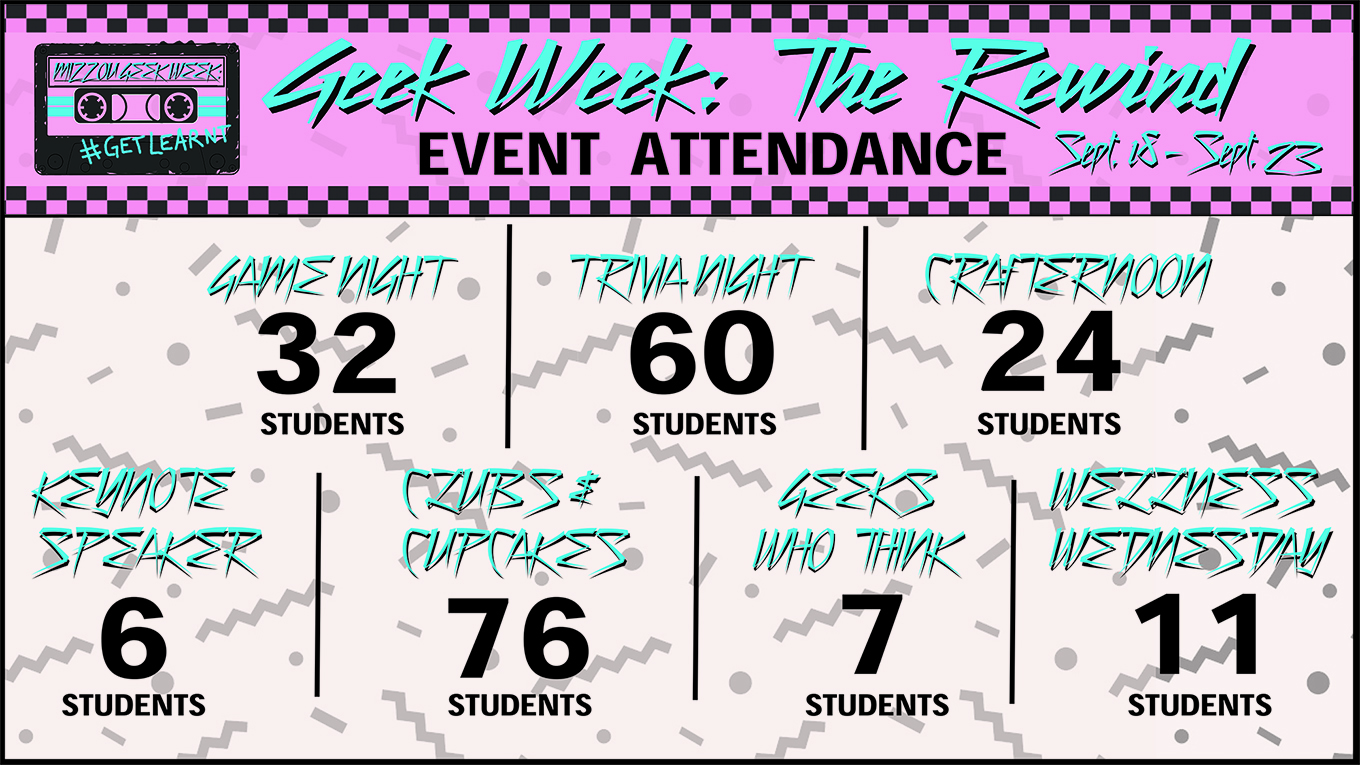 Here is a look back at the week:

Day One: Monday Sept. 18
Geek Week kicked off with a Geeks Who Think session. Guests from the Relationship and Sexual Violence Prevention Center (RSVP) and Women’s Center stopped by the Honors College to discuss how violence against women is perpetuated in geek culture. The discussion focused on how women are misrepresented, objectified and treated poorly in many video games and television shows. Female students shared their own experiences interacting with these kinds of media messages as well. Then, the facilitators talked about shows such as The Legend of Kora and Steven Universe that are “getting it right” by treating female characters as individuals with respect and dignity.

Later that evening, students had the chance to talk with representatives from geeky clubs and organizations on campus over a snack at Clubs and Cupcakes. The Pre-Med Society, Active Minds, Doctor Who at Mizzou, Humans v. Zombies, MU Quidditch, Tranquilatea and other student groups answered questions and promoted their organizations.

Day Three: Wednesday Sept. 20
The Geek Week keynote speaker, Ryan Gavin, took the stage in Wrench Auditorium to address Mizzou’s lesser-known history of protest on campus. Gavin is an MU alum and strategic communications manager for the Division of Inclusion, Diversity & Equity. Gavin addressed the hidden history of MU and outlined major events spanning from the university’s founding in 1839 to present day.

After Wellness Wednesday, students headed over to the Physics Building observatory to look at the night sky through the rooftop telescope. Students had an “out-of-this-world” experience viewing planets and constellations.

After the market, Candace Korasick, an instructor of sociology, hosted a “Geeks Who Think” session in which she discussed the trend of women-centered reboots of popular sci-fi characters and shows. From Thor to Dr. Who to Ghostbusters, women are making quite the comeback on the big screen this year.

The last event of the evening was the annual trivia tournament—a fan favorite. Students enjoyed pizza and soda as they formed teams to compete for nerdy prizes. An entry fee of one non-perishable food item or packaged toiletry item to be donated was required. Trivia questions focused on geek pop culture, bringing plenty of laughter and smiles from the crowd. 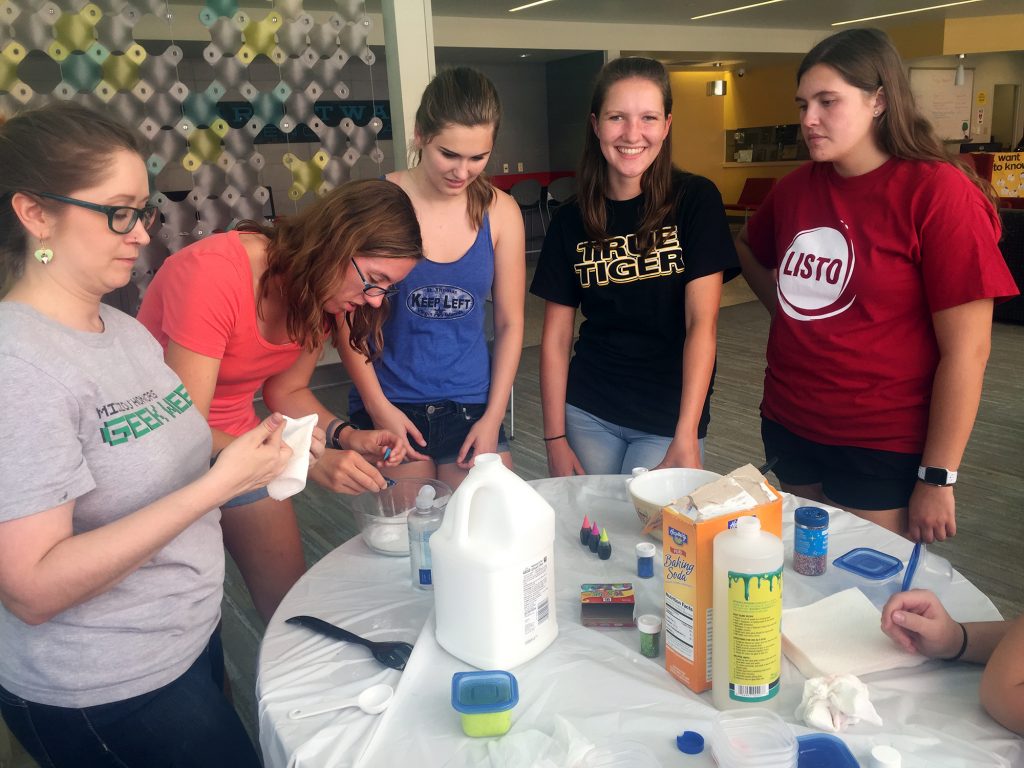 Students participate in Crafternoon activities as part as Geek Week.

Day Five: Friday Sept. 22
Students stopped by Mark Twain’s main lounge after classes were over for the week to wind down and de-stress with a Geeky Crafternoon. Students created stress balls, homemade slime, felt pins and bookmarks. The homemade slime was a favorite, and almost everyone walked away with his or her very own tub of personalized colorful slime.

The evening event was the MSA weekend film showing of the X-Men installment “Logan” in Wrench Auditorium.

Day Six: Saturday Sept. 23
Geek Week gained an extra day this year, extending into the weekend. Rocio Melissa Rivera, an associate professor in the Division of Animal Sciences, hosted a science lecture in Bond Life Sciences Center titled “Epigenetics.” She discussed the role of the epigenome in the DNA development of offspring resulting from assisted reproduction.

In the afternoon, students were encouraged to attend free museum day at Mizzou North. The event was part of a series sponsored by The Museum of Art and Archaeology in coordination with the Confucius Institute, the Mizzou Botanical Garden and other arts associations in Columbia.

Didn’t make it to this year’s Geek Week? Never fear, it’ll be back again for a fourth installment next fall. In the meantime, go out there and get your geek on!