Last summer, 11 honors students participated in the Cherng Summer Scholars program, which is a research-based program in which students perform 400 hours of research over 10 weeks. Scholars conducted research in a variety of different fields in labs across the world. The program is supported by Andrew and Peggy Cherng and the Honors College.

Four students shared their experiences from this summer. 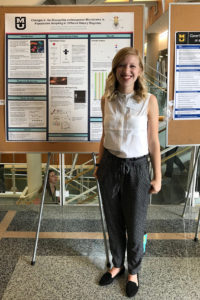 Q: What type of research did you conduct?
A: This summer, I continued my research in the lab of Dr. Elizabeth King of the Biology Department that I had started my junior year, which was a study of the microbiomes of the King lab flies. Our lab focuses on the way that flies evolve when placed on long term specialty diets.  During the school year, I did a small project to determine the baseline for what a normal fruit fly microbiome would look like. With the time and funding I had this summer, however, I was able to expand that to look at the experimental flies on the special diets to see how being on a specialty diet for more than 40 generations would change the community of bacteria in their gut.

Q: What is something valuable that you learned during your summer as a Cherng Scholar?
A: Something valuable that I learned this summer is that there are always going to be setbacks. Your DNA extraction kit isn’t going to work, you’ll probably spend a whole day working on a path of data analysis that isn’t even right, and your data isn’t going to turn out how you expected. But that’s okay because it’s all a part of the process. You have to find a way to work through it, work around it, or find the motivation to start again from scratch. 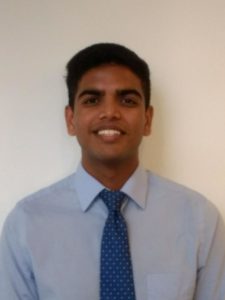 Q: What type of research did you conduct this summer?
A: I conducted cancer research this summer. Specifically, my project was looking at the potential role of a new protein in lymphoma in hopes of understanding its functionality and finding therapeutic targets.

Q: How did you prepare for your research project?
A: I took on this independent project during the beginning of my sophomore year. I did a lot of work on it during that year and presented a poster on it. I was familiar with much of the background research and procedures before this summer, but Cherng really offered an amazing opportunity to finally finish my project. 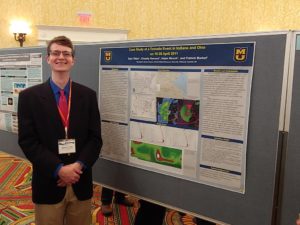 Q: What type of research did you conduct this summer?
A: I conducted a case study on a tornado event that occurred in northern Ohio in April 2011.

Q: Why did you apply to the Cherng Summer Scholars Program?
A: I applied at the suggestion of my research mentor, Dr. Patrick Market.

Q: What was the biggest difficulty you encountered in your research? How did you overcome it?
A: The biggest difficulty I experienced this summer involved data collection and determining which data was the data we needed. Data collection was, at times, quite tedious, as it often took hours to gather data for certain databases. I also gathered a large volume of data, of which very little will end up being used in our finished product. To overcome this, I had guidance from my mentor as to what I should keep versus what I should not keep. 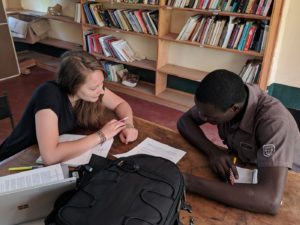 Q: What type of research did you conduct this summer?
A: I researched a process known as verbal reduplication in the Kabras language of western Kenya. Reduplication is a conjugation in which a predetermined word segment is repeated to change the meaning of the world. An example in English would be if I said to you “Do you like him or do you like like him?” Reduplication has been found to occur across parts of speech and in most languages related to Kabras, but the exact formation method and connotation can vary widely between languages.

Q: Why did you apply to the Cherng Summer Scholars Program?
A:  For the past year, I worked with Dr. Michael Marlo on the Arts, Sciences and Humanities project called, “Documenting Luyia Together.” I really loved the research and it’s something I see myself doing long term. Dr. Marlo and I discussed a few different scholarship/research opportunities and ultimately, I ended up applying for Cherng Summer Scholars.

Q: What is something valuable that you learned during your summer as a Cherng Scholar?
A: I think the biggest thing I learned was something Dr. (J.D.) Bowers (Honors College Director) said while we were talking one day: “People can be unreliable.” Not necessarily in a cynical way, but everyone has different priorities. The Kenyan culture is one that, in my experience, doesn’t have nearly as much of a sense of urgency about everything as we do in America; which is great while you’re there, but when you sent an email to three people two weeks ago about something that you desperately need to clarify before making any big moves and you still haven’t gotten any response, it can seem to be frustrating. Working with people is a continuous learning process, and I’ve found that just as often you end up having to work around people. I’ve learned that this is an important part of what I do and the way the world works, so you just have to keep trying.