It is with deep sadness that the Honors College shares the announcement of the death of Dr. Sue Mitchell Crowley, 87.

She earned her M.A. in English from The Ohio State University and in 1977, she attended the University of Iowa where she completed the coursework for a Ph.D. in Theology and was honored to be invited to participate in the prestigious Iowa Writer’s Workshop. 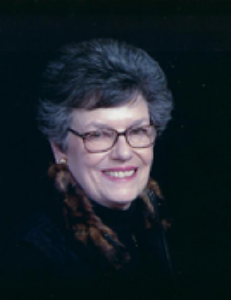 She was born to teach and thoroughly enjoyed decades of interaction with students at the University of Missouri as an instructor in the English Department and Religious Studies Department. After she completed her doctorate, she coordinated the Humanities Sequence and served as the Associate Director of the Honors College.

While on campus, Sue was a member of the LSV Society, a secret honorary which promotes the status of women.  Sue’s academic writings include numerous articles regarding religious themes in modern literature and she co-authored Critical Essays on Walker Percy with her husband, Don.

Sue enjoyed poetry, British television dramas, classical music, summers in Aspen and was a voracious reader.  After retiring from teaching at 70 years of age, she continued academic reading groups in both Aspen and Dublin.  Most of all, Sue adored her granddaughters.  Sue saw the best in everyone and maintained friendships with her students long after graduation.

For those wishing to reach out to family, she is survived by her daughter Anne Crowley Bogenrief (Shawn) of Dublin and her beloved granddaughters, Caitie Bogenrief Pagnotta (Greg) of Des Moines, Iowa and Lauren Bogenrief of Charlotte, North Carolina.

To learn more about her life, as marked in the formal obituary written by her family, you can visit the Tribute Archive – Sue Crowley page.

For those who would like to remember her, a Memorial Mass will be held at the Newman Center on April 29th at 12:00 pm. https://www.comonewman.org/

In honor of Sue’s many accomplishments, the Department of Religious Studies is collecting memories, photographs, and messages from those who knew her. Please send anything you would like to say about Sue and share with the Department to Rabia Gregory (gregoryra@missouri.edu).