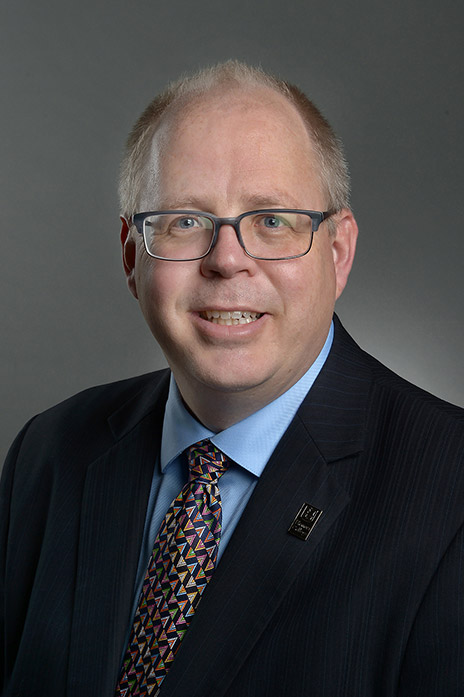 “It is an exciting time to be stepping in and working with MU students, faculty and community partners,” Bowers said. “I look forward to being part of the Honors College’s history and its existing, preeminent programs, but also developing new paths and opportunities.”

With the NIU Honors Program, Bowers led an academic and co-curricular program of 1,100 students. He also chaired the University Scholarship Committee, establishing criteria, policies and awarding process, and participated in the selection of recipients for eight scholarship programs.

“Honors education has always been one of the most dynamic fields within a university setting and a place where talented students and engaged faculty are brought together, with the support of the College, to excel,” Bowers said. “I enjoy being part of that dynamic and I love the opportunities that my new position will bring: administration, outreach, teaching, program development and meeting the intellectual and social needs of our students.”

Bowers has been at Northern Illinois since 2002. Prior to his most recent position, he held administrative roles in NIU’s University Office of Teacher Certification and the Department of History and was the director of NIU’s Genocide and Human Rights Institute.

He was a recipient of a Fulbright Award in 2006, NIU’s Excellence in Undergraduate Teaching Award in 2010, NIU’s Outstanding International Educator Award in 2010 and several other teaching and research awards. From 2005-11 he was the lead faculty member in four Teaching American History grants and he served as an Organization of American Historian’s Distinguished Lecturer in 2010-13.

“Dr. Bowers will be a tremendous asset to our campus,” said Jim Spain, vice provost for undergraduate studies. “He values the opportunity to work closely with students, while also striving to develop a strong connection with faculty, which makes him the ideal person to lead the MU Honors College. His accomplishments as a program leader at NIU and his professional background are significant and we are fortunate to have him joining Mizzou.”

A professor of history, Bowers specializes in genocide and human rights, religion, and the role of the United States in the world. His research and writings have examined a variety of subjects, including genocide, conflict in the Middle East, human rights in the Pacific Islands, the history of religion and the teaching of history and social studies. He is currently working on a book manuscript on the religious, social and post-violence dimensions of Cyprus stemming from the ongoing conflict since 1960.

Bowers is a graduate of The College of William & Mary with a degree in government. He earned a master’s degree and a doctorate in history from Indiana University.

Bowers succeeds Nancy West, who will return to teaching full-time in MU’s English Department after serving three years as Director of the Honors College.