While flipping through a scientific journal, biological sciences professor Mark Kirk came across a story about the sensory mechanisms that a monarch butterfly uses to navigate its migration flight between Mexico and North America. 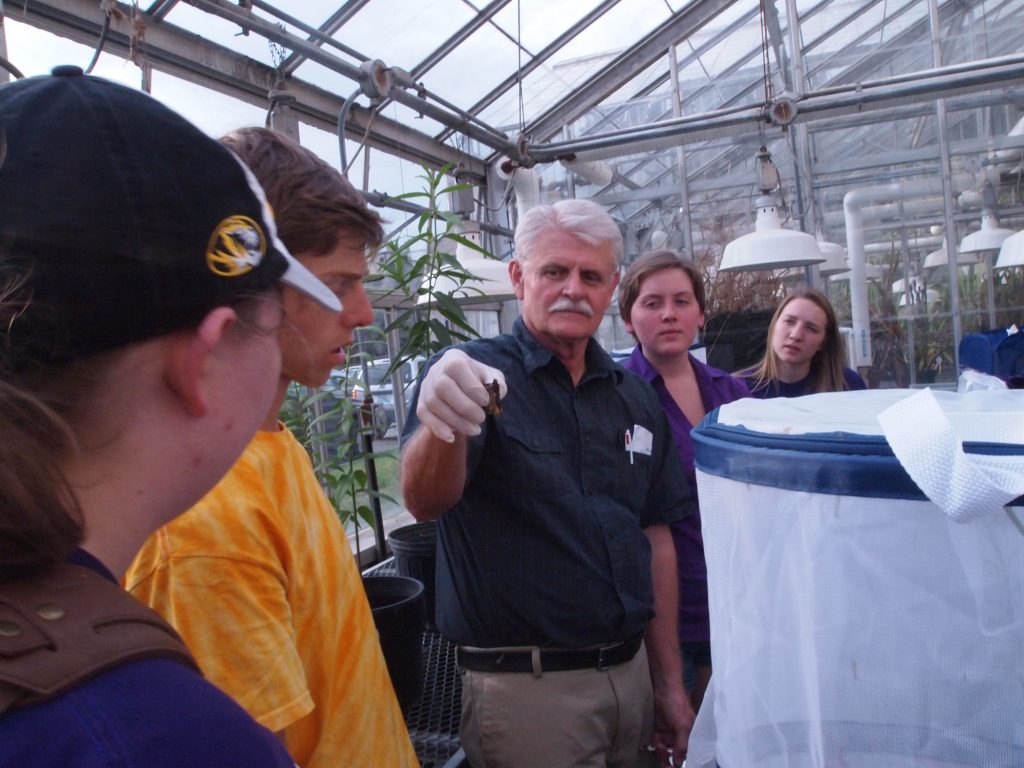 “That got me excited about the migration,” Kirks says. “I looked into it more in depth and found out that it’s threatened.”

Even though the monarch butterfly does not fall into his typical area of research, Kirk thought it would be fun and relevant to teach a class on the concept considering the monarch’s special relationship with Missouri.

“By far, this region—the Midwest—gives rise to more butterflies in their over-wintering grounds of central Mexico than any other part of North America,” he says. “So it’s especially important to focus on ‘the corn belt’ in conservation efforts if we’re going to help save the migration.”

This spring semester, six students from various majors worked with Kirk to learn about the history of the monarch and its migration patterns, and current conservation tactics in an honors tutorial course called “Natural History and the Migration of the Monarch Butterfly.”

Kirk incorporated lessons both inside and outside of the classroom. At the beginning of the semester, students watched the IMAX film “Flight of the Butterflies” and discussed it in class. The class also spent a few hours in the Tucker Greenhouse to plant milkweed, raise caterpillars and observe how the butterflies interact with different plants. Kirk also put together a fieldtrip for students to build a monarch waystation at an off-campus farm.

“At the waystation, we planted milkweed and nectar producing plants as well,” junior health sciences major Samantha Swoboda says. “I thought that was a really cool weekend activity that we did that coincided with the class.”

Caroline Dunn, a junior majoring in biology, agrees that planting the waystation was not only memorable, but provided her with applicable and relevant knowledge.

“I really enjoyed the trip out to make the monarch waystation,” she says. “It felt like you were making an impact, and it’s something I want to do elsewhere as well. It was an experience that can teach me how to do things like that later in my life.” 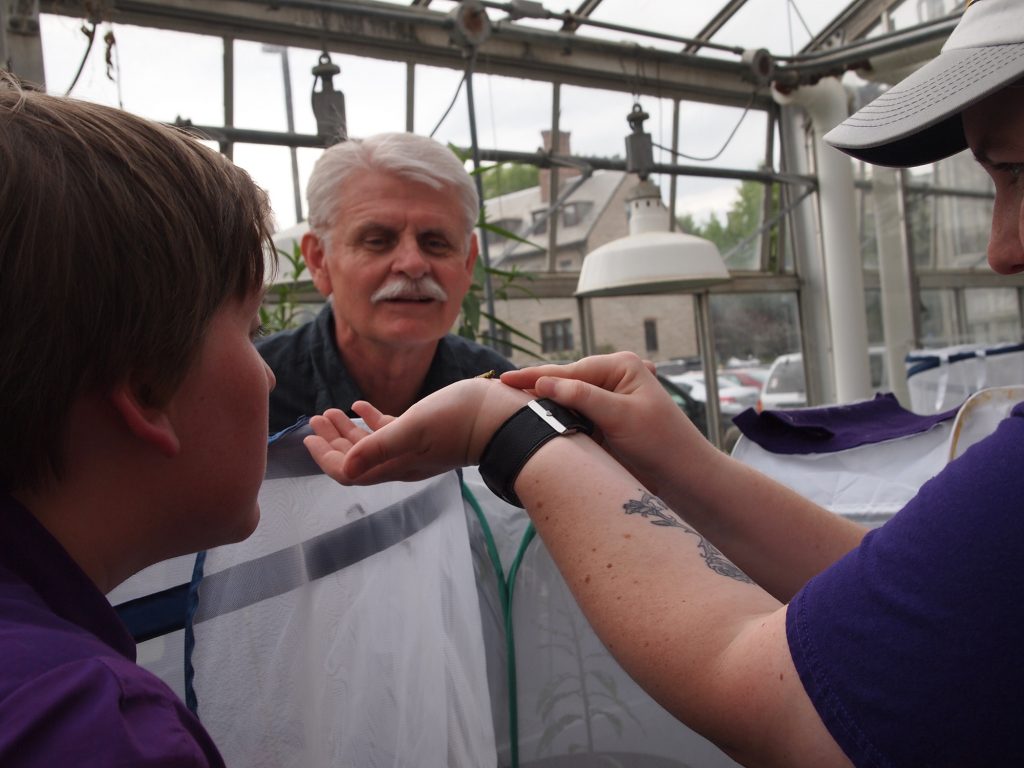 Kirk says that even though he was teaching the class this semester, he learned as much about the course material as the students did. He hopes to continue learning about the monarchs by performing further research exploring unanswered questions, like how the monarchs navigate during the migration and what draws them to a certain type of milkweed.

“It’s been fun learning all about monarch butterfly biology myself, and it’s been great fun working with the students as we explored all things monarch,” he says.

The small class size that is characteristic of honors tutorial courses allowed for lengthy discussions and personalized relationships within the classroom that are not always possible in large lecture courses.

“It really becomes obvious in a small class like this, getting to know the students so closely, that each of them has their own unique contributions to make with their own expertise and perspectives,” Kirk says. “We have two biology majors; we have someone that’s a health sciences major that grew up on a farm and has that perspective; we have an ag journalism major and someone else from the agriculture school that is a forestry major, who has a deep knowledge regarding plants and trees in general.”

Shania Gaddie, a junior majoring in forestry, applied her pre-existing knowledge of insects in the class. She will use what she learned in her future forestry courses.

“I’m really interested in entomology and the effects that insects have on forest health,” she says. “Monarchs aren’t typically thought of as being a big impact on the forest, but I think this class is a really good way to get my foot in the door of the entomology field, and I really thought it was interesting.”

Most of the students came in with little-to-no knowledge about the Monarch and left with a brand new perspective on the topic. Even students whose future career plans have nothing to do with butterflies were able to gain meaningful experiences and knowledge from the course.

“We’ve been learning through scientific literature and direct journal sources, and any exposure to that kind of a thing can help you develop your critical thinking abilities and your exposure to scientific jargon,” Dunn says.

Some were also able to draw connections between the course content and the information they have learned in their major-specific courses.

“A lot of what we do in class has to do with the other science courses I’ve taken,” Swoboda says. “We look at some of the biological and genetic aspects about the butterflies, and that is kind of the same thing I’ve learned about in my other science classes.”

After a semester filled with learning, exploration and debate, the class concluded with group presentations. Students used primary research literature to pose a question for discussion and analysis pertaining to some aspect of the monarch’s life.

“After taking this course, I hope the students have a more complete understanding of not just the biology and ecology of the process, but an interest in conservation and the cultural relationships that exist in the study of this natural wonder,” Kirk says. “This is an opportunity for international cooperation on something that I think everybody can get behind, and that is saving the monarch butterflies and their remarkable migration.”