Having grown up on a farm, the seed for Kelsi Glover’s college major was planted at an early age. One of two Blatchford Scholars, Glover is a member of the Cherokee Nation and an enthusiastic new Tiger.

“My family definitely impacted my pursuit of plant science,” Glover says. “I have always been around plants, which means plant science was always on my radar. Most of my family is in the medical field and they encouraged me to learn and care about science.” 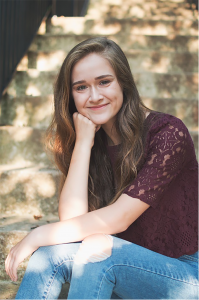 The Blatchford scholarship, named after the organizer of Mizzou’s first powwow, Dorothy Blatchford, was created in 1984. It assists Native and Indigenous students who wish to attend Mizzou and give back to their communities.

Glover’s academic pursuits include an emphasis in horticulture. She is thankful the scholarship takes some financial stress off her shoulders and gives her an opportunity to show other indigenous students they can be successful.

Glover is also interested in environmental law and hopes to contribute to LandBack, a movement aimed at returning Native land to Natives.

Like Glover, Sydney Hackwell hopes to give back to the Cherokee Nation. A biology and psychology major from Miami, Oklahoma, Hackwell is using her Blatchford Scholarship to target the healthcare system. 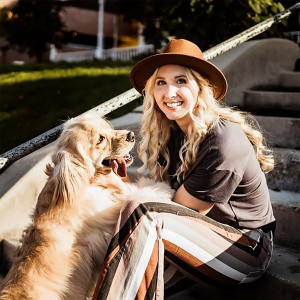 “My experiences with the Native American healthcare system has been nothing but remarkable.” Hackwell says. “One day I would love to serve as a doctor for my tribe and give back to the community that has given me so much.”

According to Hackwell, most healthcare for Natives on reservations is outsourced, meaning many of the doctors she encountered were non-native.

“Going to a Native hospital, you would expect to see Native doctors.” Hackwell says.

As someone who has experienced the Native healthcare system, she understands its issues. Hackwell participates in community outreach programs and plans to give back to community that raised her.

J.D. Bowers, director of the Honors College, says the scholarship is meant to help Native students build networks at Mizzou and emphasize the importance of diversity in Mizzou’s student population.

“They’ll come here and find someone like them.” Bowers says.