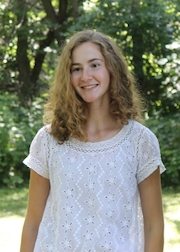 Some MU students have dreamt about being a Tiger their whole life. Freshman Molly McDermott, however, was not one of those students. McDermott is a health science major from Des Moines, Iowa. Being from Iowa, McDermott didn’t know much about Mizzou until a recruitment adviser visited her high school. When the adviser shared some information about the Stamps Scholar Program, she knew she had to apply.

Stamps Scholars is a program that offers incoming freshman a four-year full ride scholarship, a dedicated faculty mentor and a $16,000 educational enhancement fund. McDermott wasn’t fazed by the rigorous application process that includes an essay, two recommendations and two days of interviews because she was confident that the work would be worth it.

“I was immediately intrigued by the Stamps Scholars Program because I’d never heard of a program like it,” McDermott says. “The program offers so many benefits. I’ve been pretty impressed so far.”

After just two months on campus, McDermott has already begun her undergraduate research. She is working in the neurogenic communication disorders lab, where she and her mentor are studying speech deficiencies in adults with Parkinson’s and ALS. The opportunity to do research as a freshman is another benefit of the Stamps Scholar Program that appealed to McDermott.

“As part of the Stamps Scholars Program, you’re guaranteed to do undergraduate research for the first two years of the program on campus,” McDermott says. “Right now, I monitor the control participants. Eventually I’ll progress to monitoring the patients with Parkinson’s and ALS. We’re looking for patterns in progressions of speech deficiencies.”

McDermott looks forward to expanding her research while at MU and broadening her horizons. She sees a potential area of growth in the math world, as it relates to health sciences.

“I’d like to explore research in other areas, like statistics,” she says. “With bio-statistics, I can use the more analytical side to help with that goal. There are so many moving parts with disease treatment that I know I can find a way to help with that.

“The Stamps Program really puts an emphasis on becoming a more knowledgeable global citizen,” McDermott says. “The program gives us experiences that allow us to be informed and motivated to shape the future. It’s all about the desire to continue to learn more about our world today.”