Tutorials are a part the Honors College’s innovative curriculum that provide students with an opportunity to study a subject in real time, in depth, and in a small setting.  Professor Frank Bowman, who is on the law faculty, is teaching a Honors Tutorial in the fall called “The Impeachment Power & American Constitutional Balance.”  He recently published an article in Slate Magazine on Special Counsel Robert Mueller’s investigation into Donald Trump and he authors a blog titled, “Impeachable Offenses? Examining the Case for Removal of the 45th President of the United States” — www.impeachableoffenses.net. 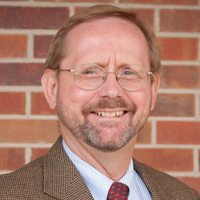 Following his graduation from Harvard Law School in 1979, Professor Bowman entered the U.S. Department of Justice as part of the Honor Graduate Program. He spent three years as a trial attorney in the Criminal Division in Washington, D.C. From 1983 until 1986, he was a deputy district attorney for Denver, Colorado. He also spent three years in private practice in Colorado. In 1989, Professor Bowman joined the U.S. Attorney’s Office for the Southern District of Florida, where he was Deputy Chief of the Southern Criminal Division and specialized in complex white-collar crimes. In 1995 and 1996, he served as Special Counsel to the U.S. Sentencing Commission in Washington, D.C. From 1998 to 2001, he served as academic advisor to the Criminal Law Committee of the United States Judicial Conference.